Thank you Scott so very much. What a mind blowingly awesome course! Even just watching you draw these sacred pictures with the app, I found it deeply moving and awe inspiring really. I didn't really know anything concrete about the subject which is why i took the course and your lovely soothing voice, pitch and delivery was first class. Many kind thanks again :)

I am currently in the middle of a sacred geometry course. It is taught by a master geometer named Scott Onstott. It is amazing! I am using a compass and straightedge and I am learning so much about structure and shape and deeper philosophical meanings of individual numbers. I can't recommend it enough. You can take a free course to get a taste of the larger course. Do it! You will love it.

Scott is a true master of geometry so to learn from him was a privilege, and he was a great teacher.

Some years ago I stumbled across something called Secrets In Plain Sight [Scott's films]. It made an impact on me that could only be expressed as awe. Since then I have never looked at reality the same. Learning to do perfect geometry with just a compass, ruler and a pencil gave sensations of the true nature of being a co-creator.

Exploring an ancient wisdom through sacred geometry, a truly wonderful way to spend your time and energy. These experiences are an incredible reminder of the sense of power in community and the ripple effect of positivity that can create in the world.

Experience Scott's high-quality, high-impact course in time-released lessons (one chapter per week), which keeps you engaged without feeling overwhelmed.

Most of the course consists of Scott's screen-captured HD quality videos (with subtitles in English, French & Spanish) that you watch and then practice what is explained on your own—either on paper or using a drawing program (Scott uses a free iOS app which he explains how to use in the course).

This course also includes printable PDFs, optional quizzes and student surveys. You can ask questions and comment using the course's built-in discussion groups in most chapters.

Each paid course comes with scheduled group coaching webinars (using zoom.us) every 4-6 weeks or so where students can interact with Scott in live chat. Enrolled students will periodically receive emails with weekend webinar dates. If you miss one, catch the next webinar when it is scheduled.

Experiencing geometry in this way naturally feels sacred. It is not religious or something to over-intellectualize, but the sacredness of geometry is definitely something to experience. 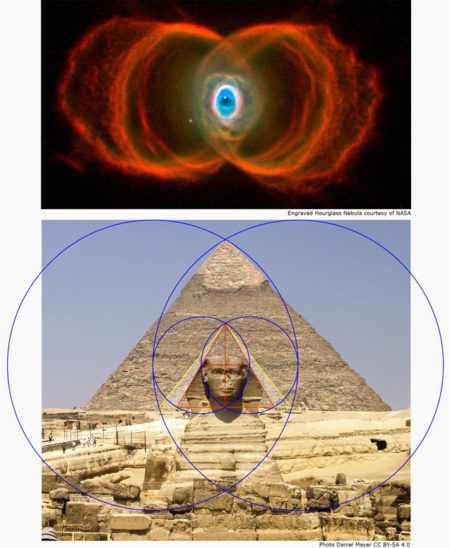 As an example of sacred geometry, for millennia geometers have been trying to reconcile the square and the circle, by length or area, trying to bring these two penultimate symbols of straight and curved, rational and transcendental, known and unknowable together.

Even though it was proven that “squaring the circle” exactly is impossible, it didn’t stop geometers from trying to find approximations because the drive to square the circle is part of the human soul. It is the desire to reconcile opposites, to find balance within duality and bring order from chaos. 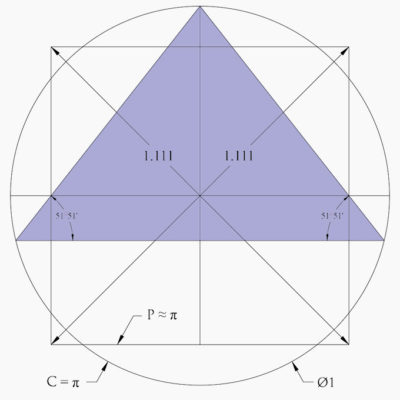 The geometry you may have learned in school is concerned with axioms, theorems, proofs, tests, grades and so on. This approach to geometry has been a particularly effective means to stimulate rational thinking for more than two thousand years.

“Almost from the time of its writing and lasting almost to the present, Euclid’s ‘The Elements’ has exerted a continuous and major influence on human affairs. It was the primary source of geometric reasoning, theorems, and methods at least until the advent of non-Euclidean geometry in the 19th century. It is sometimes said that, next to the Bible, The Elements may be the most translated, published, and studied of all the books produced in the Western world.” -Bartel Leendert van der Waerden, 1903-1996 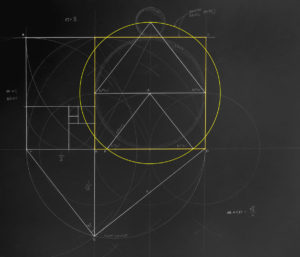 Sacred geometry has entirely different foci—the experiential and philosophical aspects of geometry. I find it amazing that we can explore the universe within using a pencil, paper, straightedge and compass. Why are these same tools so effective in exploring and creating in the world, and what does this say about the nature of reality? Where do the universe-within and the universe-without meet?

The short answer is no. What you need to know about the mechanics of drawing sacred geometry can be learned in 15 minutes—it’s very simple and anyone can do it.

The purpose of drawing pure geometry is to lead you into a personal transformation shaped by the perfection inherent in the geometry, guided by your own higher wisdom. 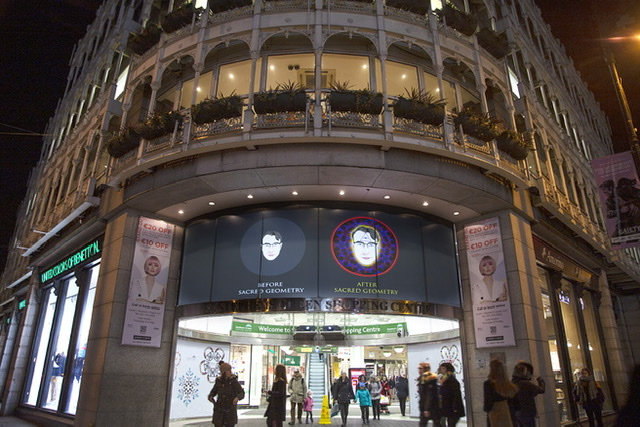