What is the Golden Ratio?

The golden ratio is a unique proportion which simultaneously patterns structures as small as DNA and as large as galaxies.

The golden ratio patterns very small (DNA) and very large structures (galaxies). These images are from The Divine Proportion.

I have created handheld instruments called Proportioners (in two versions, 1.0 and now 2.0) to give people the ability to discover the golden ratio in the world around themselves—and to use this tool to aid in designing their creations.

Due to its precise geometric design, the middle pointer always proportionally indicates the golden ratio with respect to the width of the outer arms. 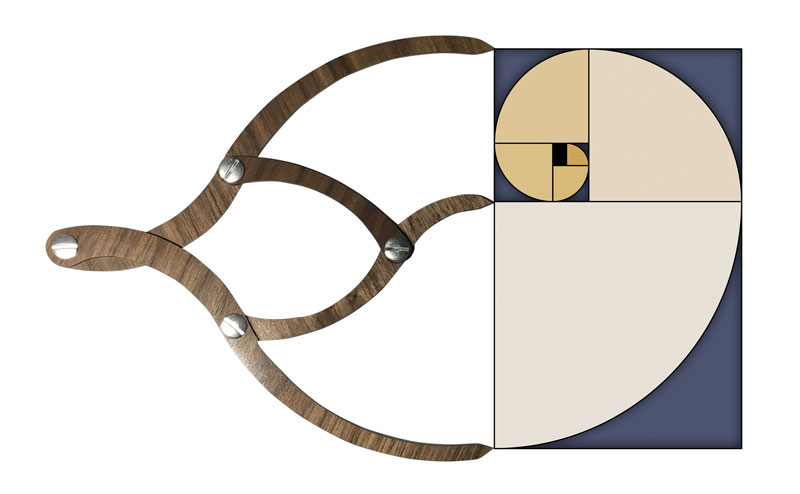 “Phi (1.618) is the most beautiful number in the universe.” -Robert Langdon, from Dan Brown’s bestselling fiction The Da Vinci Code (2003) 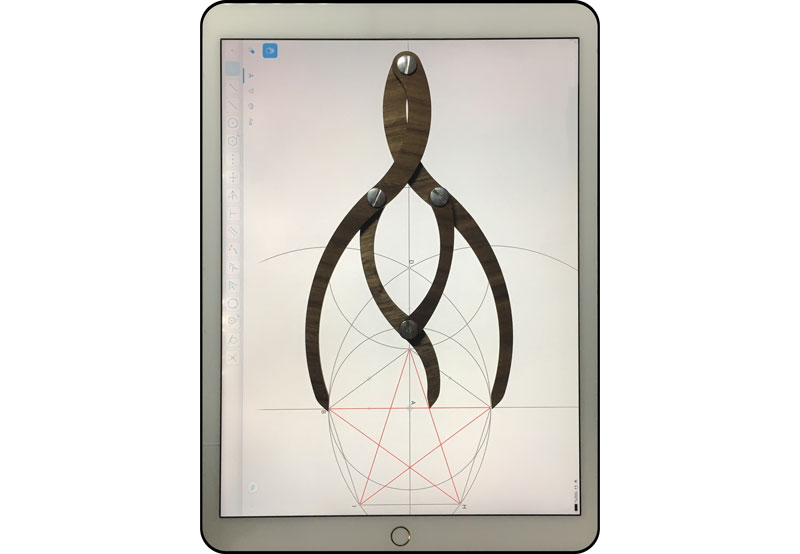 The pentagram is replete with golden ratios; Proportioner shown atop 12.9" iPad (not included).

“The golden ratio is the key to universal physics.” -Sir Edward Appleton, Nobel Laureate in physics (1947)

The golden ratio isn't some rarefied or esoteric thing. It's used extensively in corporate logos and chances are you have several golden rectangles on you right now. 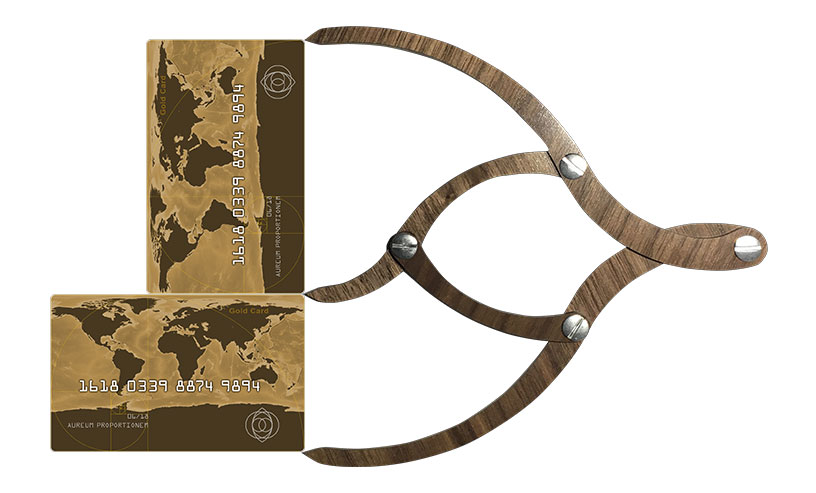 People consistently prefer designs with golden ratios without necessarily being aware of its presence or even its existence. The best designers know this proportion really works! Why not incorporate its natural power into your own designs? 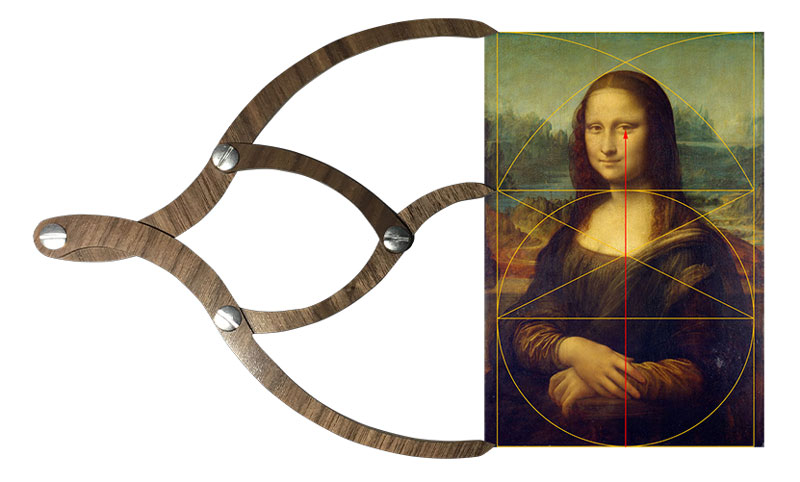 I wrote a book on Leonardo's hitherto unrecognized consistent use of the golden ratio in structuring his art:

“Let no one who is not a mathematician read my works.” -Leonardo da Vinci

In 2016 I ran the 2000% funded Kickstarter campaign for the original Proportioner and fulfilled rewards to 543 fabulous backers. Since then, I received so many requests that I rebooted the project with a new model and second successful Kickstarter campaign, which ran in 2019. 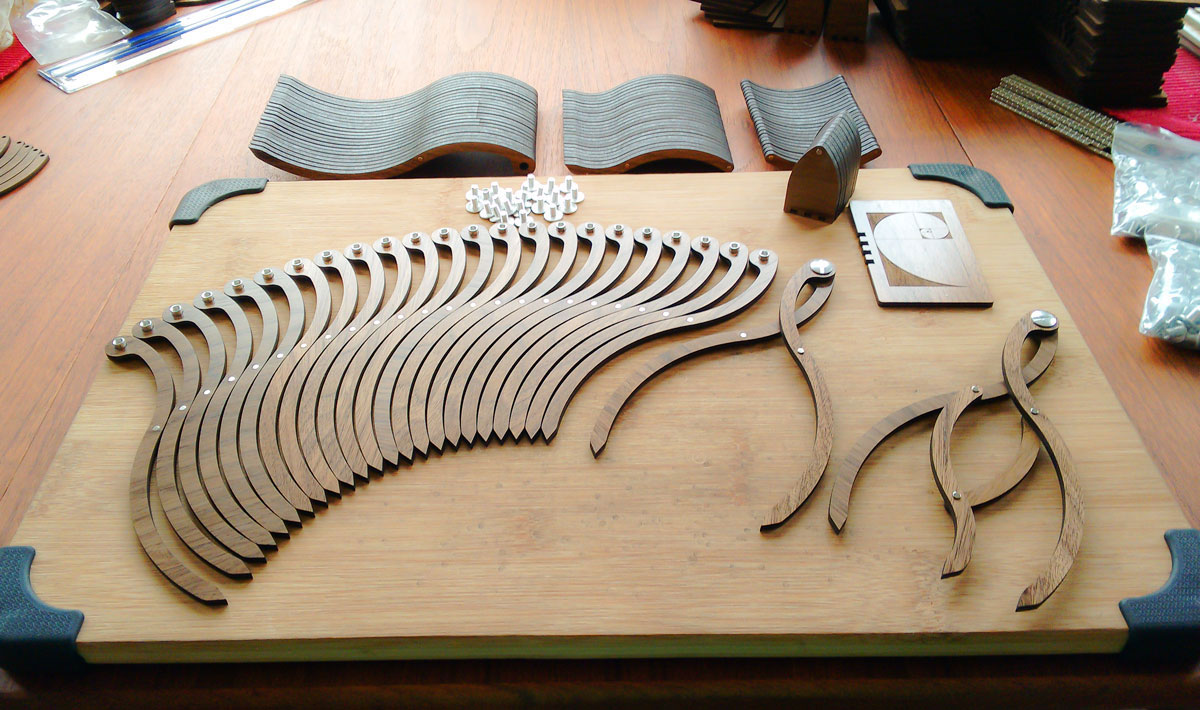 I've re-designed the instrument and created the 2.0 version, which uses mechanical hinges for much more efficient assembly. The new version is larger, more rugged in the pocket & purse, and more accurate at small opening sizes. Its all-mechanical-hinge design necessitated wider arms and Proportioner 2.0 is definitely more practical as compared to Proportioner 1.0, which is no longer in production.

I assemble all Proportioners by hand (parts are laser cut), and all the while I'll get to work with the golden ratio—truly a labor of love! 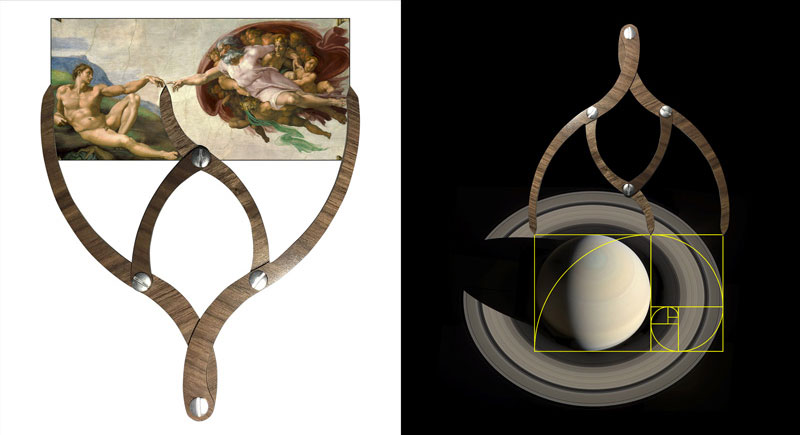 Proportioners can be used to analyze anything from fine art to astrophysics.

I fidget with both Proportioners on my desk all the time! Watching them open and close is close-to-magical and acts as curiously soothing aesthetic therapy while you are otherwise consumed with life's stresses.

The golden ratio is such a major key to "life, the universe and everything"—the icing on the cake is that both Proportioners not only help soothe the soul but they happily occupy fidgeting hands.

People who have Proportioners sometimes use them to discover amazing things on their computer screens and in the world around them. 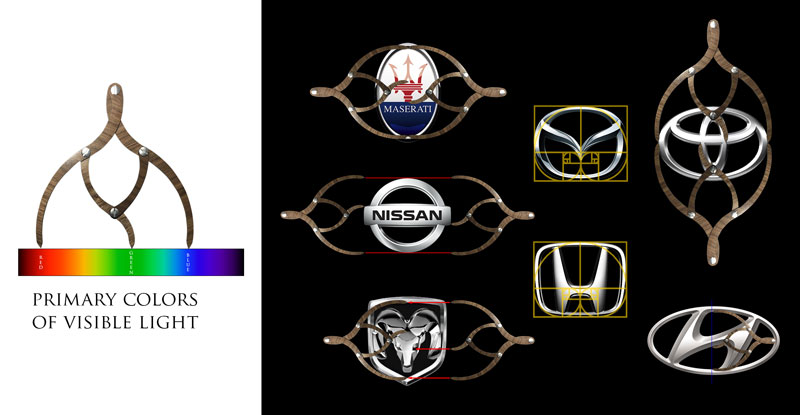 The golden ratio proportions the primary colors of visible light and many automotive logos.

Proportioner 2.0 does not come with a stand. Consider leaving it on your desk as a conversation piece or hang it on an existing nail or coat hook as a piece of art until your next use.

If mechanical hinges loosen over time, you can easily finger-tighten their wide slotted heads. The Proportioner comes pre-assembled and are ready to use, right out of the box.

Proportioners make thoughtful gifts for the artists, scientists, intellectuals, and would-be philosophers in your life. I hope you will acquire one or a trio today and bring the golden ratio into your life and/or the lives of your loved ones!

On March 27th, 2020 Canada Post suspended the ability to send shipments to a long list of countries.

I'm sorry but please do not order unless your country is on this continually updated list (link) that Canada Post will ship to. It will take 7-12 business days for small packet air to reach international destinations in the current state of the world.

“For destinations where service is still available, expect significant and unpredictable delays. Delays are the result of both limited air transportation and changes in the way Postal Operators deliver.“

I ship out each Proportioner from my home in Canada. As with any goods crossing international borders you may be required to pay customs duty on your package when it arrives. Fees vary by each country and are your responsibility.
View more courses